Van Halteren is a Dutch family business which employs over 350 people and it operates fully independently and autonomously. The Dutch Ministry of Defense, Kraus Maffei Wegman and CERN are some examples of their well-known customers. Van Halteren has office and production locations in Bunschoten and Zwolle in the Netherlands and they are engaged in:

Van Halteren has used Infor Visual ERP since 1998. This system is supplied and supported in the Netherlands by Infor gold channel partner Quartess. Van Halteren developed a need to automate the processing of the supplier’s purchase invoices.

Before the AP invoice process was automated, almost every step in handling an invoice was done on paper and manually. This caused some problems. Rens Steijsiger, Business Controller at Van Halteren, explains: “The handling of received invoices was (too) slow and inconvenient. In case of problems with an invoice it was often unclear who blocked it and for what reason.”

Once we had decided to automate the AP Invoice process an orientation followed on various suppliers on the market. Rens Steijsiger: “Through relations and our own investigation we have invited several vendors for a presentation.  Easy Systems was one of them. A lot of suppliers offer similar solutions however Easy Invoice was able to offer a number of advantages which were especially important for us. Their demonstration was good. Their software seemed logical and it could be sufficiently adapted to our company’s wishes and the implementation could start quickly after signing the contract.

We also believed that the product had a competitive price. All these criteria have led to our choice for Easy Invoice. Another very important reason to choose Easy Invoice was the partnership between our ERP supplier Quartess and Easy Systems, because this meant that we could have one source for both our ERP and invoicing system “

Rens Steijsiger is satisfied with the cooperation during both the sales and implementation phase of the project. “As usual, the cooperation with Quartess is open and honest. This creates a pleasant work atmosphere.  After the usual negotiations we quickly reached an agreement on the contract. The implementation however was more difficult. At first there were some problems getting the interface between Visual and Easy Invoice going, but now we have an API based standard interface which is version independent. The best possible outcome.”

“Easy Invoice is a nice and user-friendly solution which helps to accelerate the AP invoice process and it gives a clear insight into the status of our invoices. The new software is now being used by all our companies and we expect to be using it for a long time to come. We have already upgraded Visual once and that has not caused any problems for the interface with Easy Invoice. We are now investigating if it would be possible to extend the invoice module with the expense module Easy Expense.” 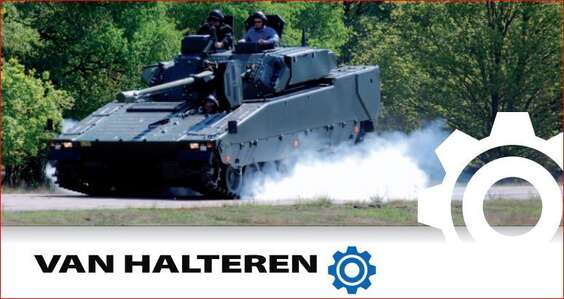